Choosing the best hybrid golf club depends upon the type of golfer one is.

Golf as a game has come to a point where players invest a fortune in getting the right golf bag. How much more so would he think about the type of clubs that he carries in them?

No golfer has ever purchased a club and loved it for life.

Technological innovation and evolution have given us the wonderful hybrid club or the ‘rescue’ clubs – and there has been no looking back ever since.

Golfers who considered the hybrid as a replacement club were forced to accept that these hybrids were lethal weapons to reckon with.

Today I am going to discuss the 5 best hybrid golf clubs there are out there.

Many Professional golfers have long back decided to ditch the clubs they struggle with and spend their money on the right things in golf.

Let’s have a quick look at our top 5 picks and what they win at: 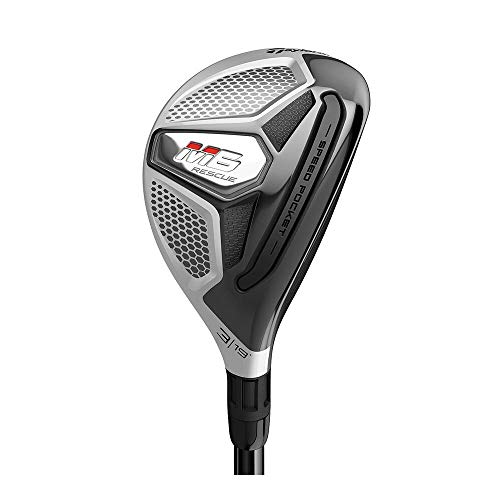 In 2019, TaylorMade stole the show when it launched the M6 Hybrid Club. It is the first time that a Hybrid has been designed with a twist face curvature.

It has 1.5 degrees of twist which can be visibly seen on the face. A new TPU slot insert graces the club leading to improved turf interaction and slot flexibility.

The cutting-edge Twist face technology (a vertical roll and a horizontal bulge to the clubhead) helps in improving the off-center hits by throwing it off-line and reducing the side-spin.

Since off-center hits the curve at a point, it needs the right alignment to reach the target. TaylorMade has taken into consideration that players with differing skills hit the ball through all extremes of the golf club – from the toe to the heel.

The clubface is twisted across the face in a way that even mishits end up straighter.

The thin steel face of the Hybrid increases the ball speed and provides more forgiveness during off-center strikes. The cut-through slots on the sole improve the face flexing which helps during shots hit from the lower part of the clubface.

TaylorMade has done everything to ensure that the CG placement gives the optimal ball flight to the golfer. The weight has been moved behind the club at the lower end.

It also has a stepped portion between the front and the rear portion of the club, which ensures easy alignment and improved ball speed.

Once again, TaylorMade is proved itself as one of the best hybrid golf clubs.

Our next hybrid promises an iconic package of technology. 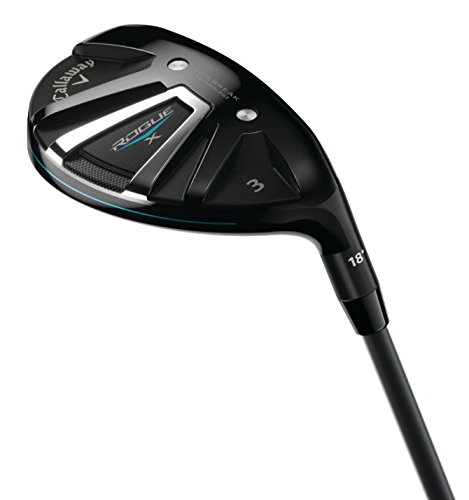 Like the Callaway’s fairway woods and drivers, the Rogue X Hybrid includes the iconic Jailbreak technology and the Hyper Speed Technology to increase ball speeds and dispersion across the face.

Inside the clubface, there are 2 vertical bars that connect the top and the bottom of the club, in short tethering the top to the bottom, so when the club hits the ball, it expands, transferring the energy of the club to the ball upon impact.

The increased weight pads at the bottom of the club help high and mid handicappers achieve higher launch on all types of turf conditions.

Callaway calls its Carpenter 455 steel face the super-hot feature of their hybrid club. A separate piece is welded onto the body of the club.

The footprint of the club is slightly bigger than the Rogue hybrid, so it’s more pulled back from the face of the club, thus giving higher ball flight, an ultra-low center of gravity, and more MOI.

For these reasons, Rogue X has more forgiveness for the good and the not-so-good swings.

Locating the Center of Gravity can be a struggle with Hybrids. Callaway engineers have used the ISW technology to position the CG low and forward to help golfers improve their ball launch and lower their spin.

Our next pick has outdone itself! 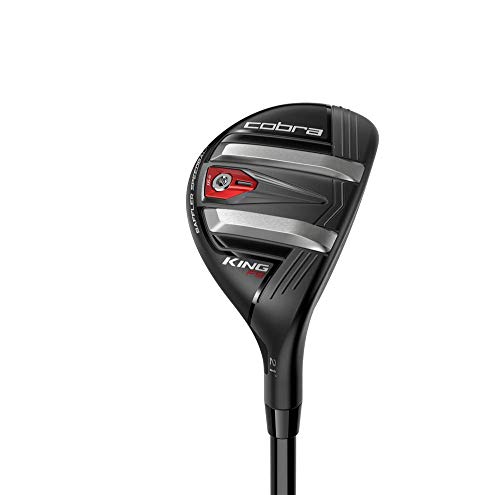 With its F9 Speedback Hybrid, Cobra has certainly combined technology with playability.

Whether it is the redesigned rail system or its and Baffler with SPEEDBACK technology, Cobra has outdone its entire group of clubs by launching the F9 – touted as their fastest hybrid.

While Cobra has been using the Baffler technology for some time, the F9 has been designed by introducing the SPEEDBACK technology. Between its two rails, a low, back weight structure is introduced around the Center of Gravity.

This greatly increases the ball speed and distance from any lie due to the combination of turf interaction and low CG.

Cobra has added 15-gram tungsten steel weights between the rails on the back to help the club smoothly glide through the greens (including thick roughs) while promising the same distance and ball speed.

Forged 455-face Stainless steel has been used for the body and the face of the club which increases forgiveness and responsiveness. Players hitting off-center strikes can achieve the same ball speed with this feature.

Cobra has partnered with Arcos to put the Cobra Connect tags on its hybrids to allow the player to track his shots. These tags help the golfer to analytically review their performances by viewing their distance and accuracy of every shot on their mobile app.

The next hybrid has achieved what no other hybrid on our list has done yet!

Ping G410 came as good news for golfers who were hunting for a hybrid with an adjustable hosel.

This Trajectory Tuning 2.0 feature allows golfers to customize their ball flight for better results. It provides more than eight lofts and lies combinations (1.5 degrees angle) to fine-tune the game.

The lie angle can also be flattened by 1 degree. So whether you’re hitting off the tee or into the rough, the Ping G410 is a club-worthy of inclusion in your bag.

The C300 steel material used to design the club is extremely durable and strong. This thin material creates faster ball speeds as its flexes at impact.

Ping G410 has provided extra stability by designing a larger 17-4 stainless steel head that improves the MOI by 6.5%. Golfers can use it to hit the ball in a variety of situations across the golf course.

The larger clubhead also instills confidence in high and mid handicappers when they stand at the address.

The club also has a more back weight which allows the player to align the clubface precisely at the target. The high-density tungsten weight provides more forgiveness to the golfer, which is required if he wants to launch the ball higher.

Our final hybrid is both – better and inexpensive – at the same time. 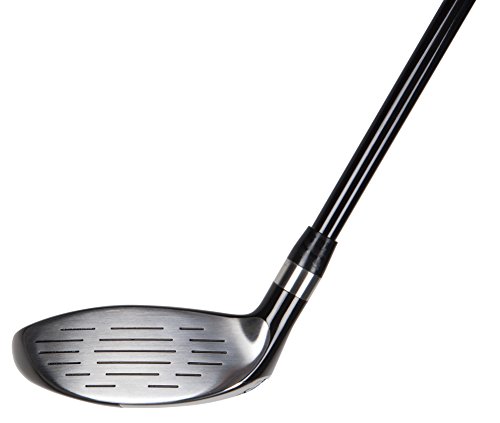 Affordability – the word that comes to mind when talking about the Pinemeadow Excel EGI Hybrids.

While it cannot be directly compared with the TaylorMade or the Callaway, it surely strives to provide the same features at an inexpensive price.

It also comes with enormous categories of diverse loft configurations to choose from. Players looking out for an on-budget golf club can purchase the Pinemeadow and use it for a long time.

The clubface has a low profile, thus improving ball flight. The wide sole of the club helps high handicap players to hit longer and accurate shots.

The Pinemeadow comes with a headcover that helps protect the club during transportation.

Unlike other cheap Hybrids, the Pinemeadow has a heavier clubface that gives greater ball control to the golfer.

The weight is balanced throughout the clubface which widens the sweet spot which helps the golfer to use the hybrid from the good as well as the bad lie.

The weight is complemented by its low-torque Pine Meadow hybrid graphite shaft which makes it much better and much durable than the low-budget clubs.

Golf has proved to be a game with endless possibilities. Hybrid clubs are an innovation in themselves; however, companies have gone forward in packing their hybrid clubs with more features the current technology can provide.

However, selecting the best golf hybrids can be a challenge as it is difficult to see and understand these improvements.

The difficulty in hitting the iron has increased the popularity of the hybrids.

Choosing the right hybrid requires a careful and deliberate approach.

The most important thing to understand is the combination of the clubs in your bag.

While the drivers are the longest and the lightest clubs, the wedges are the shortest and the heaviest.

Hybrids would fall in between.

An accurate understanding of a golfer’s handicap will help him to choose the right Hybrid with the best weight and flex.

What is your best hybrid golf club?

What parameters do you employ while choosing the right hybrid?

Let us know in the comments section below.