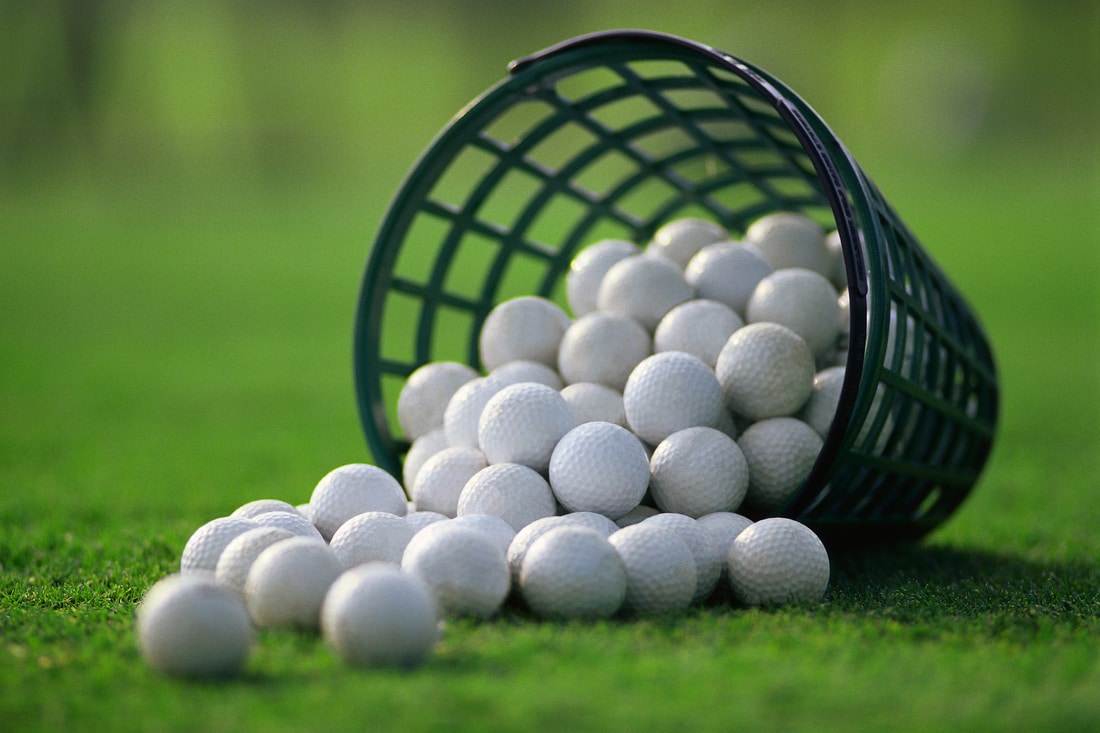 Most golfers like to pick out the best golf balls they can, and for good reason; the better the ball, the easier it is to get it in the hole.

However, there are times where the most distance isn’t what you want.

Often times when you hit a golf ball, you hardly feel the ball and it seems like it flies off the club.  However, if you’re working on your shot and not worrying about performance, it’s better to have a heavier ball so that you can feel the contact point and work on the spin.

These heavier, limited flight “range” balls serve many purposes but are mainly used to driving ranges. Let me explain the difference between range balls and normal golf balls, and then describe the benefits/situations where they’re useful. 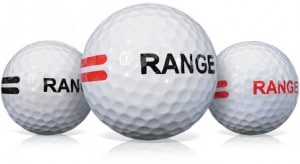 Limited flight balls are generally made by two-piece construction and have very hardcovers on them.

The two-piece construction allows them to be mass-produced, as driving ranges and players alike buy them in massive quantities.

Generally, limited flight balls will have a stripe around its center and say “Range” or “Practice”.

Most golf ball companies also produce range balls, and they can do this either by taking their normally produced balls and slapping a hard-cover on them instead or by just taking the materials they have and using them to construct relatively cheap balls.

Range balls also tend to be very brightly colored so that they can be seen from far distances or seen in places that they don’t belong, such as in the woods or at bottoms of lakes. 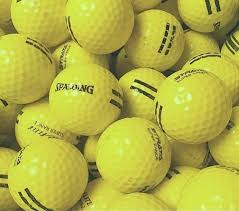 So why would you use range balls?  Well, at the driving range certainly.

Because they’re heavier and fairly dense, you can feel exactly how well you hit the ball when it lightly thuds off the club instead of making a beautiful ping sound.

Because they’re cheap, it’s not as big a deal if you happen to lose one, which is helpful at the range and in your backyard.

Not are the balls cheap, but not flying as far means that you can practice chipping even if you only have 30 feet or so to practice.

Since limited flight balls are usually brightly colored so that they can be easily found, they’re great for pretty much every type of weather!  The chances of losing one are pretty slim, and even so, they’re not always worth fetching. 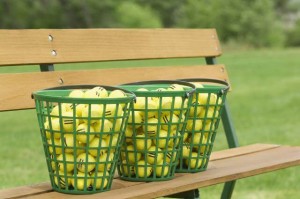 However, I wouldn’t recommend using practice balls when you’re actually playing 9 or 18 holes.

Because the balls are, in fact, very different from high-quality balls, it makes it hard to gauge how far the ball will go.

Even different practice balls can have huge differences in flight distance, so I would always recommend using a relatively nice ball for playing holes.

Distance and accuracy cannot be perfectly replicated by practice balls.

They are meant only to help your fundamental swing and give an indication of what direction the ball will fly when you hit it.

Also, practice balls are not good for putting.  They’re fairly unresponsive and behave so differently from normal golf balls that it’s not worth using (at least for practice.  For fun, anything goes).

In the end, practice balls are useful in practice, but they shouldn’t replace your top-tier course balls just because they’re cheap.  That’s pretty much everything you need to know about limited flight range balls, at least as a player and not a manufacturer.

Remember to always keep your balls stocked up, and have fun at the range.