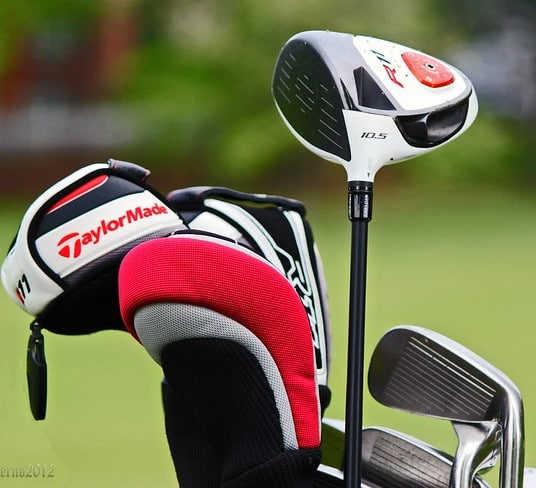 Get good breaks on bad shots! Taylormade has introduced just enough clubs to choose from if you’re looking to boost your game.

Taylormade is among the top manufacturers of irons in the industry. It’s not surprising that a lot of their product are in high demand. Like you, many others are looking for a way to distinguish between the P790 and the M5.

If they’re from the same brand, how are they different. Let’s find out in this article.

If yes, then the TaylorMade P790 and the Taylormade M5 Irons might just be the right iron for you.

Taylormade M5 vs P790 Irons: Which Should I Choose? 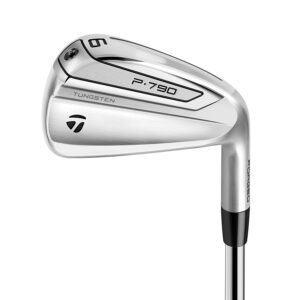 If you are looking to get a versatile iron, you can’t go wrong with Taylormade p790 irons. With its hollow body construction, you are sure to have a more robust and accurate swing.

This product is also made using the most high-quality steel, which will ensure its durability.

The addition of its new speed foam technology allows for a powerful and speedy swing.

I personally noticed my power increase alongside my swings being more accurate, and it has to do with its new speed foam technology.

This product has a fantastic weight distribution all around, which allows for a better feel for users. This item feels light yet durable at the same time; overall a masterpiece.

If you are looking to take your golf game to the next level or are looking to improve your skill without working on your swing, this product might be a great product to buy.

During the TaylorMade p790 review we found the club comes with minimal offset, which helps in the golf swing, ball flight and shot shape.

It comes with a Dynamic Gold 105 gram shaft, which is lighter than other stock shafts but still maintains the same look and feel of the original material.

After using it for its drivers, TaylorMade has used its popular Inverted Cone Technology (ICT) for Irons as well. The ultra-thin clubface is re-engineered with smaller, revamped ICT to enhance flexibility.

The thin inner edges allow thickness to vary across the face, and make it possible to hit longer shots anywhere from the heel to the toe.

Foam is injected into the toe of the club to deliver a soft feel and improve the responsiveness of the club on impact. With a thin clubface, manufacturers often struggle to inject material that preserves the low-weight of the club and improves the quality of shots.

The light foam material which is injected through the opening provides the necessary catalyst that allows the club to flex and generate a spring-like effect that considerably increases the clubhead speed.

Benefits: Even during off-center hits, High and Mid-handicappers experience less vibration and more sound and feel upon impact due to the sound-damping feature of the technology.

Earlier irons sacrificed distance for the sound and feel; however, the P790 has used the Speed Foam to provide both the elements at the same time. 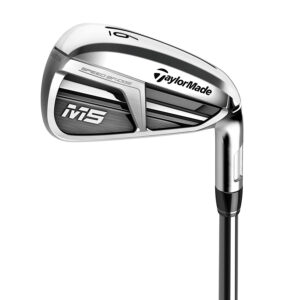 The Taylormade M5 irons are considered to be one of the best models for single-figure players and up.

Although this may sound strange, even professional players need some forgiveness, and this model from Taylormade excels in this area.

With these irons, you will be able to improve your game considerably and become the best player you can be. They have great speed and forgiveness in a unique design.

Also, they are made with a blend of multi-materials using high-density tungsten for durability and strength.

The M5 head is compact and has a bar at the back that goes all the way to the back cavity, making it stronger and more resilient, allowing you to increase ball speed and hear a beautiful sound on every shot.

Besides, TaylorMade has implemented the same speed bar and Thru-slot as the P790 model, which makes the face of the irons more flexible.

However, they do not have the inner foam that the P790’s have, but they do have a Hybrar damper in the back, which activates on impact to generate a wonderful feel and sound.

M6 (which is basically the bigger version of M5) is the first iron that uses a flexible thru-slot Speed Pocket to generate ball speed. This feature makes it better than previous M2 and M4 sets.

Rather than using a welded supplementary piece, it is now a single piece of a stainless steel beam with a polymer vibration dampener that joins the crown to the sole of the iron, thus improving the feel, increasing the sound, and giving it all that a golfer needs – a visual appeal.

Quick Review – this technology has changed the way the iron face behaves with ball impact.

Now, what about getting the ball airborne?

A pro-golfer trusts the loft and grooves on the iron rather than on his hands and wrists to get the ball in the air. M6 is designed with a 360° undercut Fluted Hosel that generates a strong ball flight with the help of its launch angle.

This relocates the weight to the back of the head and creates a low center of gravity.

Read More: Ping vs Callaway Irons: Which is Better?

The first thing you’ll notice on the two irons in the design and look. Taylormade maintains the classic, golden look on the M5 while making the P790 more stylish and modern.

It’s worth a look so you can see it’s not really lacking in that department. The M5 seems to be a bit longer and bigger than the P790, while also having more speed as attested by a few different tests.

The M5 does not carry foam in the face like P790. Instead, it comes with a Hybrar damper inside the sole at the back of the face. This gives it a clicky sound when you hit, giving you that ‘nice feeling’ in a second.

I’ll go with the M5 if you’re inclined towards high ball trajectory and forgiveness. However, if you’re a low-to-mid handicap player who wants to maximize distance, you may want to consider the P790.