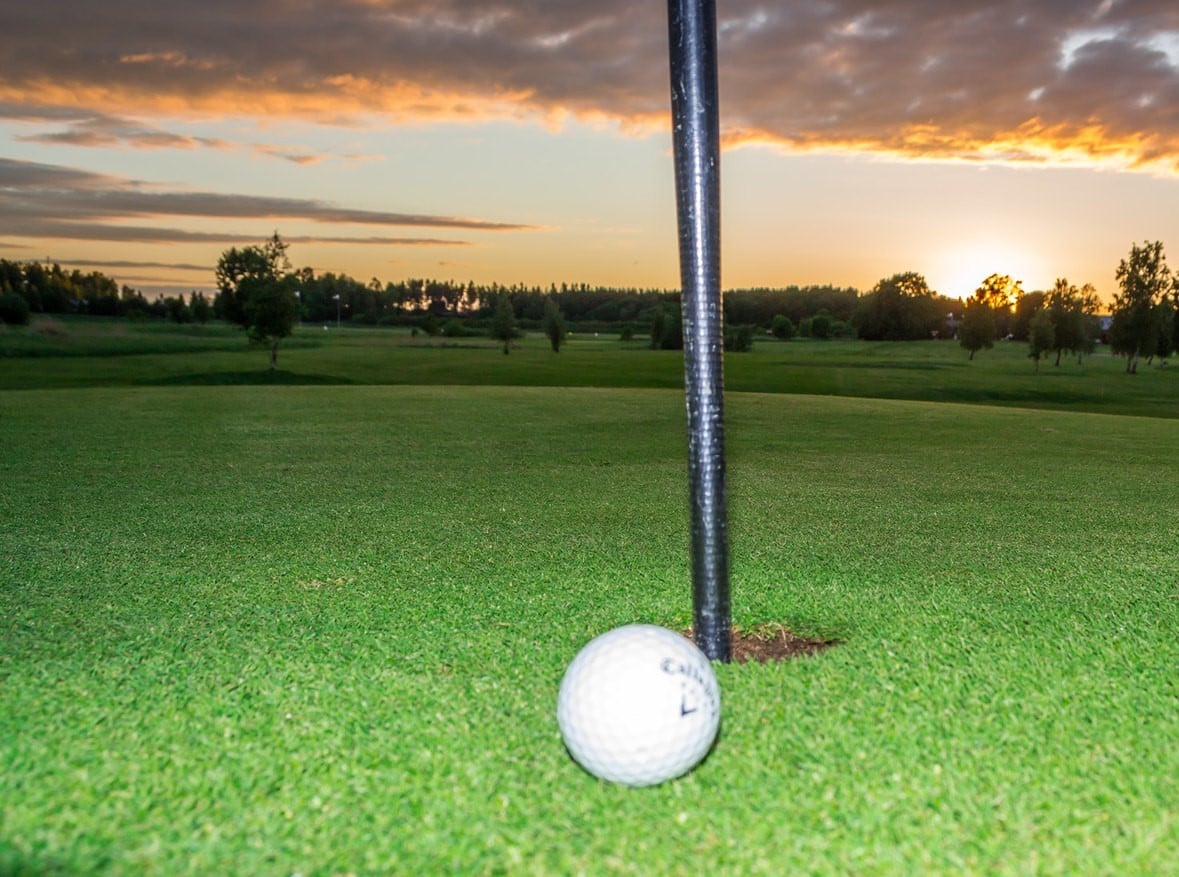 Consistency and confidence are the keys to a good putt.

Many golfers can count on their fingertips the times they have walked empty-handed to the green to pick up the ball out of the cup. Indeed, putting is an art that is mastered by the diligent.

The best way to lower your handicap is to focus on putting and chipping.

Before you trying learning the mechanics of putting, you need to understand some basic principles that impact a putting shot.

These are body alignment, ball position, clubface alignment, and, grip. Let’s understand each aspect of the principles.

Like most amateur golfers, if you align too much to the right, you will cut through the ball which will make the ball roll with high sidespin.

The best way to achieve this is by using alignment sticks and play like you are hitting draws using your putter.

The speed at which the ball leaves on impact with the clubface decides your putting position.

The ball must leave the clubface with more balance and less spin.

Visually, when you putt the ball, the ball looks like it is moving like a slow, heavy train.

For a successful putt, your clubface and your ball must be lined up with your head.

Golfers need to analyze how they hold their club and decide upon the best grip and the best technique to hold their golf club at the address.

With the principles made clear, it is necessary to understand the vital question, How to Putt?

Judge the Hole in Relation to the Ball 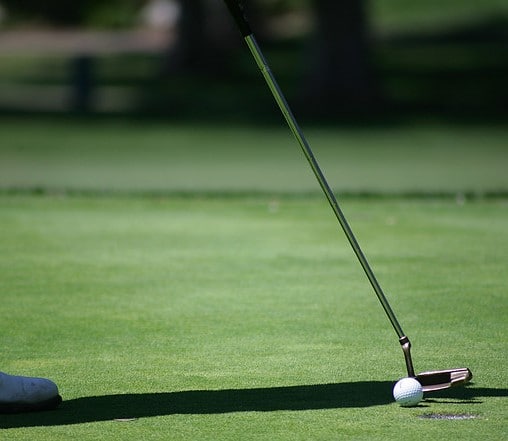 The golf ball is not an everyday terrain; hence, you need to judge your stroke with regard to the type of ground you are standing on.

When you walk on the green, judge the distance and the alignment between your ball and the hole.

Visualizing your shot in advance lets you know how much energy your muscles need to hit the putt.

Guess and Mark the Line Between the Hole and the Ball

Once you have judged the distance and your position, now try to draw an imaginary line between your ball and the hole.

After judging the line, mark your ball with a marker that will act as a guide to your stroke. You can use a coin to judge the marking. After marking, go to your position and judge your shot in relation to the mark on the ball. 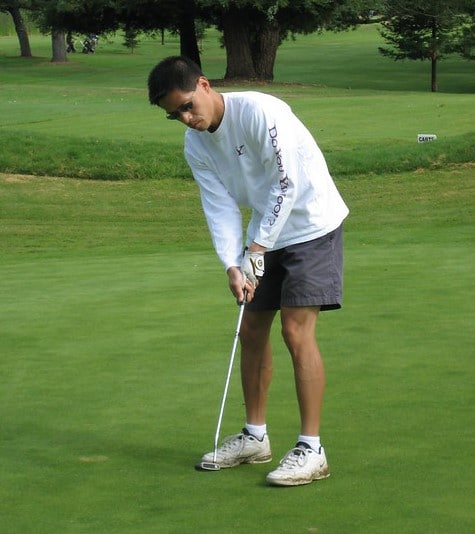 Your stroke is determined by how you are holding the putter, or, the putting grip.

The clubface, which acts as the hitting surface, merely reacts to how you hold and hit the club.

The most common way of holding a putter is the reverse-overlap, where you place your left index finger over the little finger of your right hand, while the putter shaft rests over the life-line of the palms.

This position reduces wrist hinging and gives you a consistent stroke. One wrong position and your stroke will hit like a pendulum.

Successful putting requires a balanced and comfortable position. The following steps will help you get the right posture:

Concentrate on your Wrists 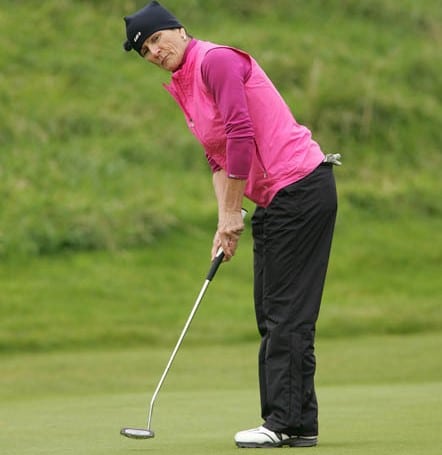 While lining up for the putt, your wrists should be relaxed and not arched.

Any disturbance in the wrists can adversely impact the stroke and cause fluctuations in power, leading to an offline shot.

To get a successful stroke, treat your wrists, hands, shoulders, and your arms as one unit and use them all together for a shot.

Pro golfers say that the fingers play a crucial part in the putting stance.

When holding the grip, ensure that the putter shaft rests on your palm, but is held by your fingers.

When you stand before a mirror, your shoulders, arms, and wrists holding the putter should make a perfect triangle that remains such during the pendulum action of your stroke. 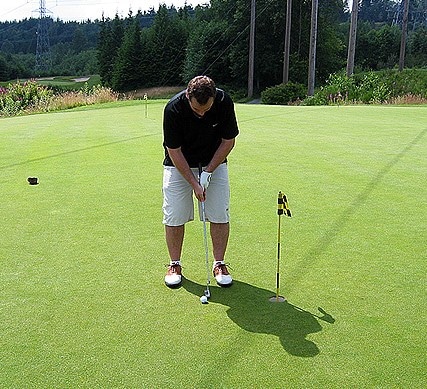 After you have set up your posture, go behind and practice some swing shots in the air.

Be careful that your shot shouldn’t disturb your posture or the ball that you have marked.

When practicing, judge the amount of power you will need to hit the ball and trying to imagine the impact your ball would take while hitting.

After adjusting the position at the address, hit the ball as you have analyzed.

Keep your head movements and shoulder movements to the minimum so that it doesn’t impact the power or the speed of your stroke.

The best and the easiest way to improve your scores in golf is to putt well. For many, it’s like playing a small game within a game.

While it may seem daunting, putting can become enjoyable with a good putter, some good techniques, practice, and a lot of confidence!